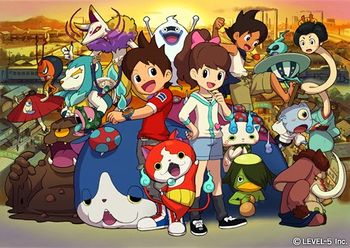 The main characters of Yo-Kai Watch are the focus of both the anime and various games.

In the Yo-Kai Watch media series, the story is told through the interactions and adventures of several human and Yo-Kai characters. The first of these characters to be featured is Keita Amano, who befriends the Yo-Kai Whisper during the first episode.