Four main manga adaptations of Yokai Watch have been produced so far; "Yokai Watch" by Noriyuki Konishi which began serialization in Shogakukan's CoroCoro Comics from 2012 and follows the story of Keita (currently consisting of eight full volumes [called tankoubon]), "Yokai Watch ~WakuWaku Nyanderful Days~" by Chikako Mori that began serialization in Shogakukan's Ciao magazine from December 27, 2013 (currently consisting of two full volumes), and "Yokai Watch Busters" by Atsushi Oba and "Yokai Watch 4Koma" by Coconuts☆Rumba both having both begun in 2015 and with one full volume each (so far).

An English translation of the main "Yokai Watch" manga is being produced and published, with the first two volumes already released in 2015, and with volume 3 set to release on Jan. 5, 2016. 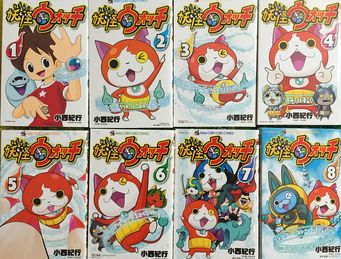 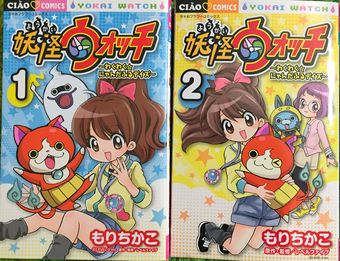 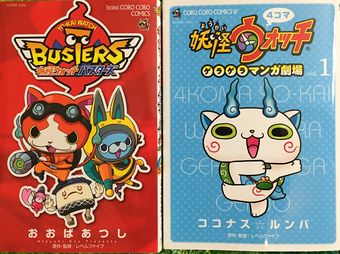 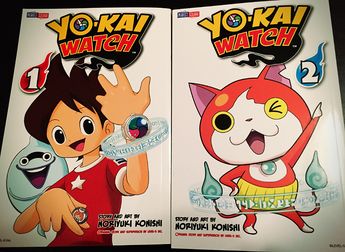 Vol.1 and 2 of the English translation
Retrieved from "https://yokaiwatch.gamepedia.com/index.php?title=Yo-Kai_Watch_(manga)&oldid=23556"